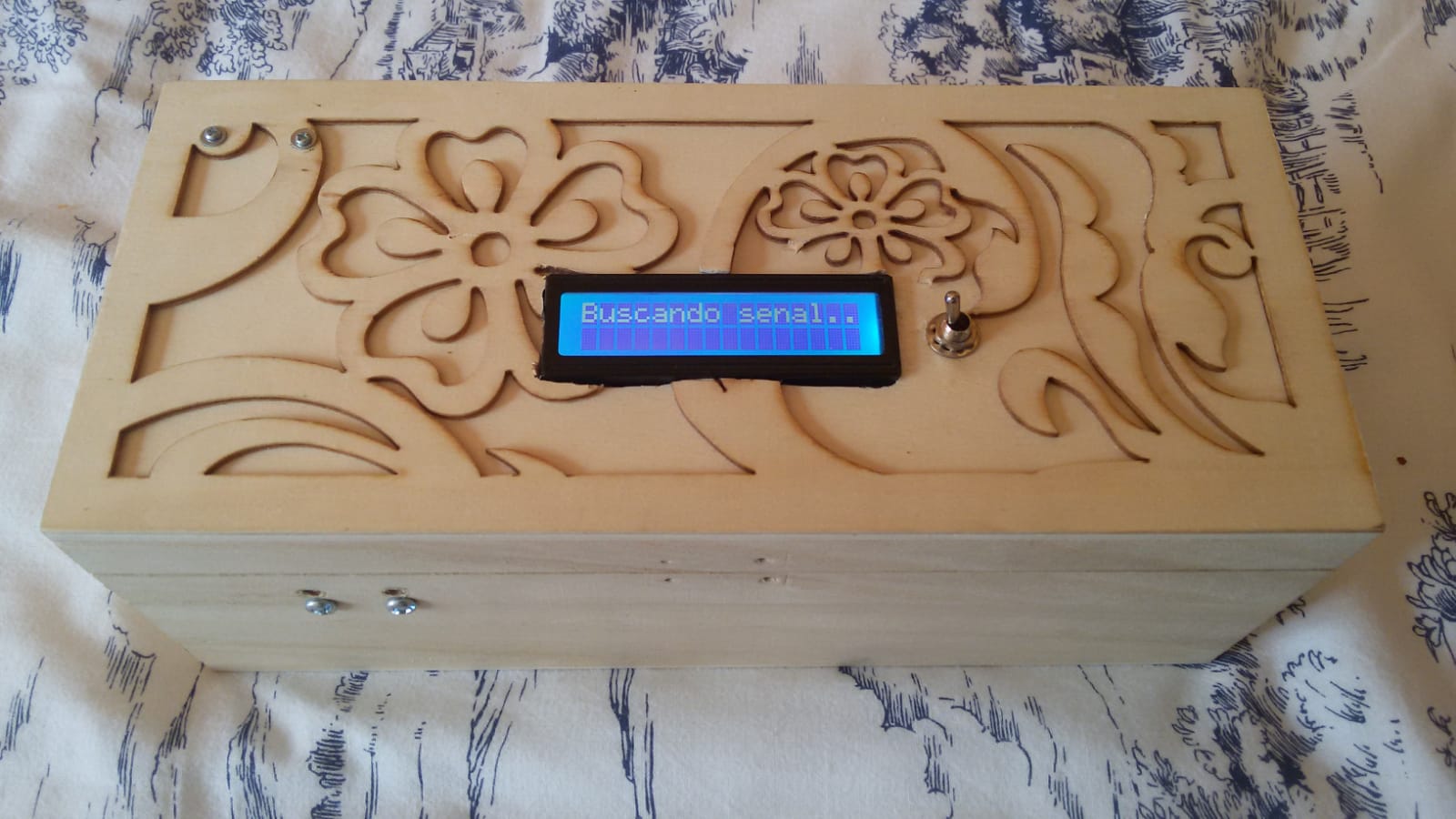 Originally conceived a few years ago, these reverse geocaching boxes have acquired quite a lot of popularity and full builds and DIY kits are sold by the folks of sundial.com. However, when browsing online for inspiration to make my own, I realised that all the boxes I could find had a single secret destination. While this may be enough for some purposes, I wanted to build a longer quest that took my girlfriend to a few nice places and I ended up expanding the original box with three extra destinations, for a total of four.

When the box is turned on, it prompts the user to take it outside until the GPS unit hidden inside gets a satellite fix. It will then display four numbers in the LCD screen, corresponding to the distances in meters to the four secret destinations. Once the box is turned on within a small radious of a given destination, it will show a success message to the user. Finally, when all four destinations have been cleared, it will automatically open allowing access to a present located inside.

I used an Arduino Uno as a brain, an Adafruit GPS module and backlight screen, and a small solenoid latch. The whole thing is powered by an RC rechargeable battery and showed below. 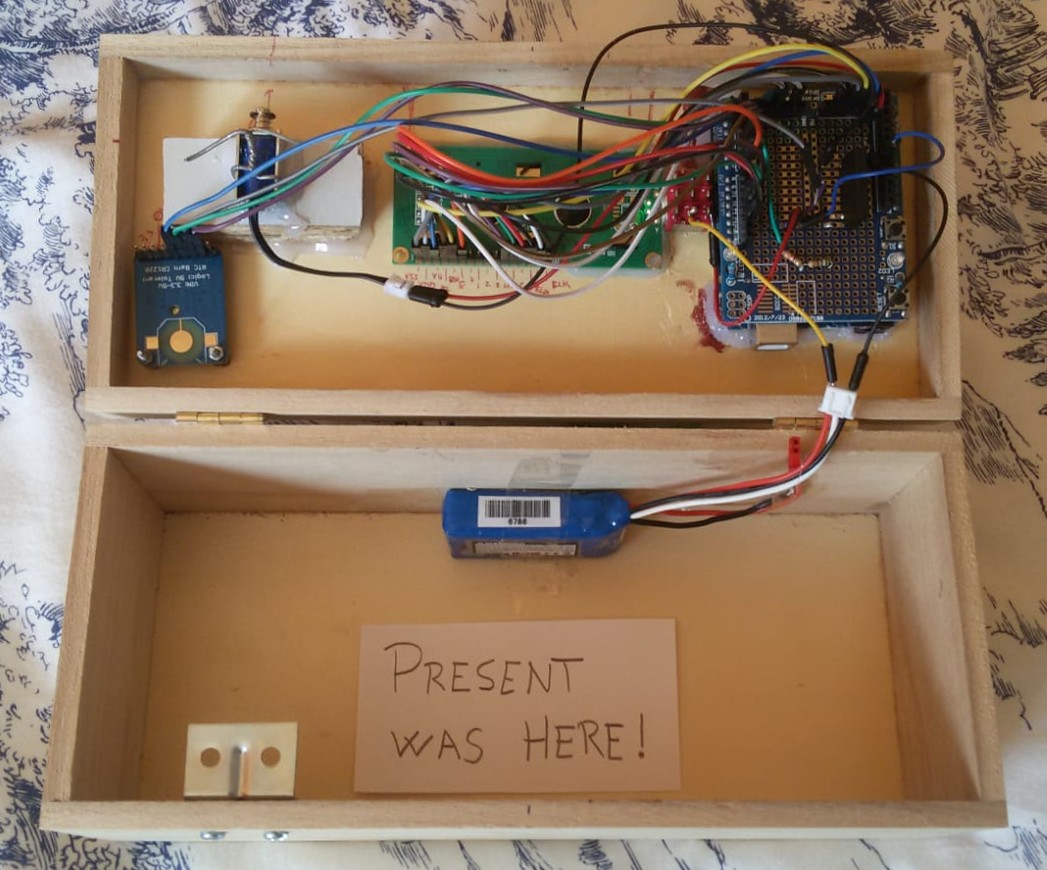 Quest Box is a registered trademark by Sundial. They do, however, encourage people to build their own boxes and do sell DIY kits in their website.